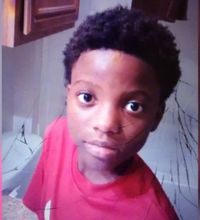 Charles, was last seen leaving his father's home last Friday with Janet Irvin and her 17-year-old son, who are white, without Nelson’s permission.

The family said their concerns were dismissed when they first alerted local authorities of Charles’ disappearance. When Nelson called 911 and officers from both the Baldwin Police Department and West St. Mary Sheriff’s Office responded, they said they were told Charles was probably at a football game.

There also was no Amber Alert issued on Charles’ behalf so the family began their own investigation in hopes of finding him alive and well. Those hopes were dashed Monday, Nov. 2, when the teen was found dead in a sugarcane field off Ed Broussard Road near Loreauville.

The family says they were told Quawan Charles drowned, but they are having an independent autopsy performed as they suspect foul play may have been involved.

Celina Charles, the spokesperson for the family, says one reason she and other family members don't believe Quawan drowned is a graphic photo of Quawan's body circulating on social media.

"His face is disfigured. So there's some explaining that needs to be done there," Charles said.

Photos of the teenager’s disfigured face are eerily similar to those of the body of Emmitt Till, the 14-year-old Chicago teen who was lynched by white supremacists on August 28, 1955, for allegedly flirting with a white woman. Charles is being called the “Emmett Till of 2020” on social media.

A hashtag calling for #JusticeForQuawanCharles has gone viral on social media and, through their attorneys, the family has said they won’t stop until they get just that: justice.