At Least 13 Dead, 50 Injured After Van Plows Through Crowd in Terror Attack in Barcelona: Officials 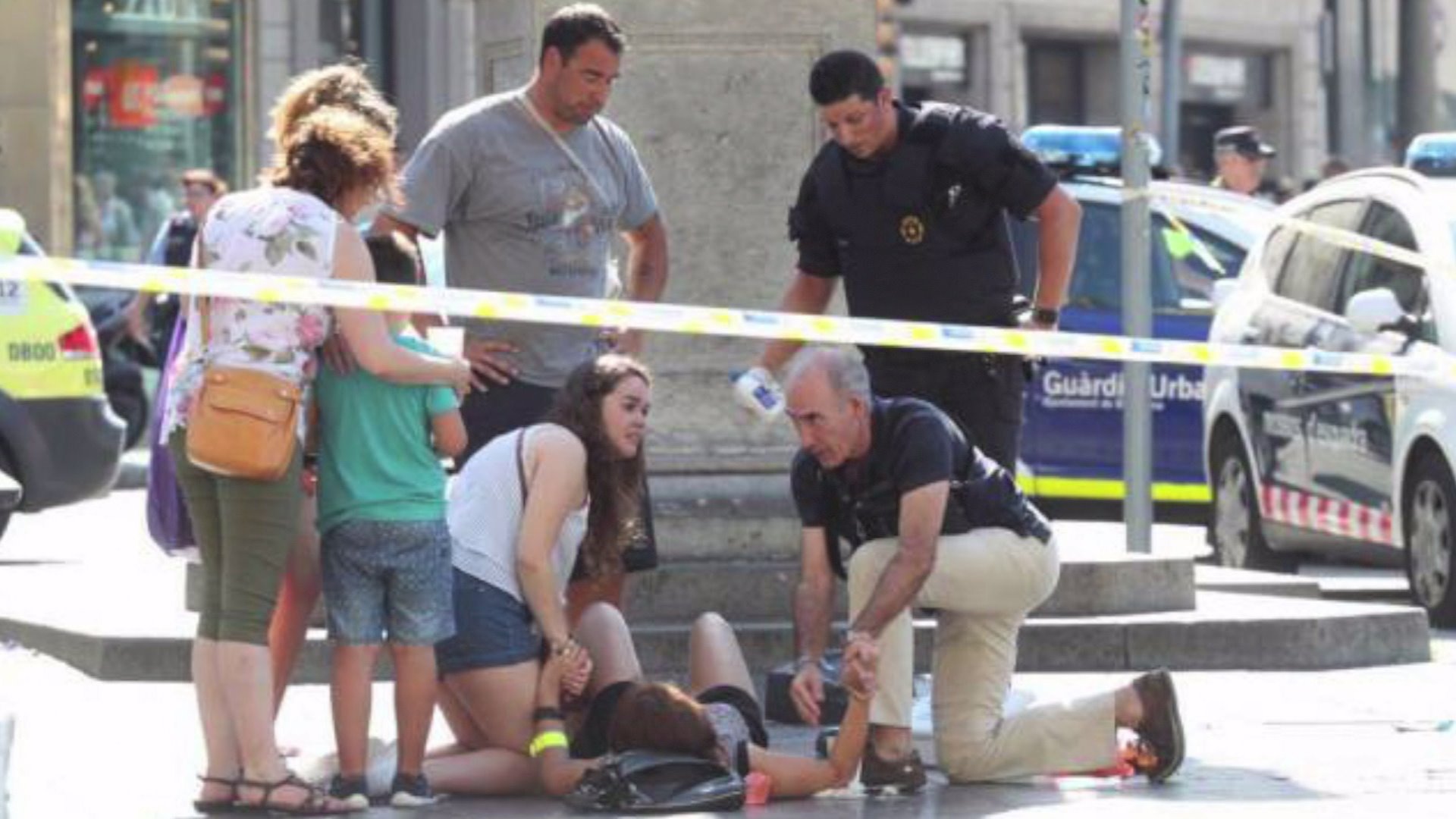 At least 13 people have died and 50 others injured after a van plowed into a crowd of people in a terror attack in Barcelona on Thursday, a government official said. One person has been arrested.

At least one person died and 32 were injured after a van rammed into a crowd of people in a terror attack in the heart of Barcelona.

The number is “bound to rise” as some people are seriously injured, Joaquim Forn, interior councilor for Catalonia, told a news conference.

The attack occurred near the popular tourist area of Las Ramblas, which has been sealed off, according to a police spokesman.

The police confirmed that the incident Thursday afternoon was a terror attack and said the force has activated its terror response protocols.

Catalan police told everyone in the vicinity of Plaça de Catalunya to remain inside. Footage posted to social media by witnesses showed chaotic scenes and people lying in the street.

Reuters reported that local emergency services have requested the closure of metro and train stations in the vicinity of the incident. Police told people to avoid the area.

Catalan police tweeted that the search for the perpetrator of what they called a “massive trampling” was continuing as of 6 p.m. local time (12 p.m. E.T.)

A witness told local media the situation was “very tense” and that all surrounding shops were being evacuated. The witness said at least eight ambulances were at the scene. Emergency services said the area had been cordoned off and all public transportation stopped.

A witness who was hiding in a shop nearby heard gunshots, according to state-run broadcaster TVE24. Another witness said he saw a van driving “around 80 kilometers” per hour, or 50 mph. He said “there is no doubt it was intentional,” according to TVE24.

Spanish Prime Minister Mariano Rajoy tweeted: “In contact with all administrations. Priority: tend to the injured in Las Ramblas and facilitate the work of security forces.”

The Catalonian regional government is convening an emergency meeting to discuss the incident, its vice-president, Oriol Junqueras, said in a tweet.

The Catalan emergency services urged people via Twitter to avoid going out or undertaking any other type of movement that is not “strictly necessary” to facilitate police operations.

The US Consulate in Barcelona posted on Twitter: “We are aware of a reported incident at Las Ramblas in Barcelona. Please avoid the area and monitor local police @mossos for updates.”

NATO Secretary General Jens Stoltenberg tweeted his condemnation of the attack. “My thoughts are with all those affected. We stand united in the fight against terrorism,” he said.